We had a good spring break. We went to Los Angeles first.  We went to a fancy car museum, La Brea Tar Pits,  and Hollywood Forever Cemetery.  There we went to Universal Studios. I loved the Harry Potter experience. I added to my wand collection. We also did a Warner Brothers Studio Tour.

Then we took a train to San Diego. We saw the ocean from the train. In San Diego we stayed at a nice hotel and went to a dessert eatery called Sugar Factory. Then we got on a short Disney cruise with one stop in Cabo San Luis, Mexico.

The weather was sunny, but chilly. Not what we expected for Mexico and California. 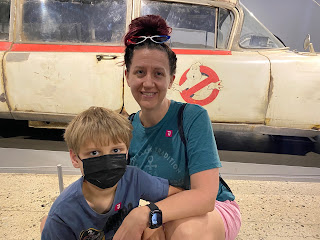 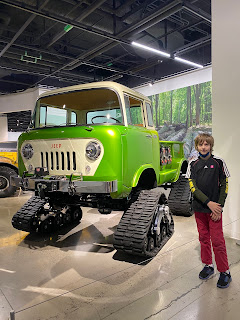 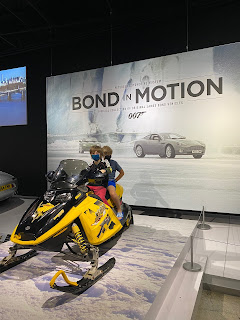 We checked out the Bond collection. 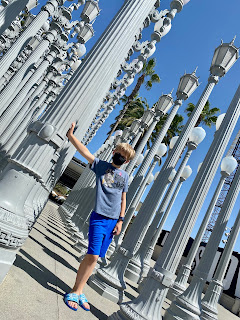 In front of the art museum. 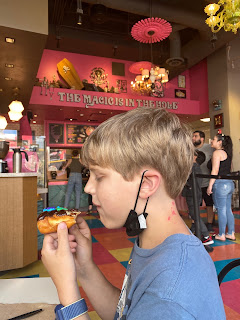 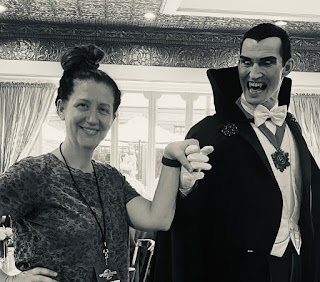 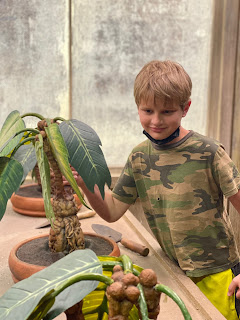 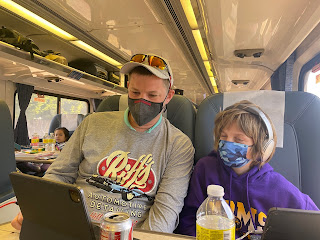 Train from Burbank to San Diego. 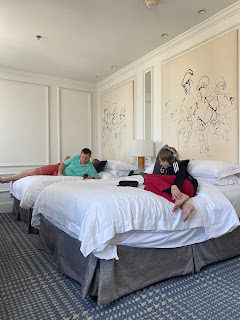 US Grant Hotel in San Diego. 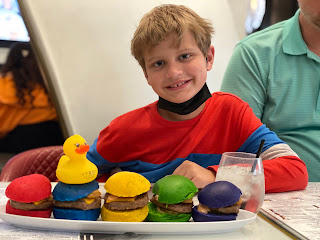 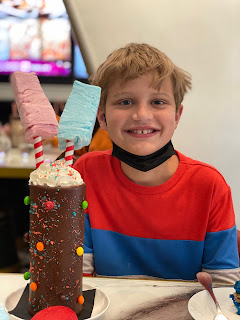 A milk shake in a chocolate covered mug. 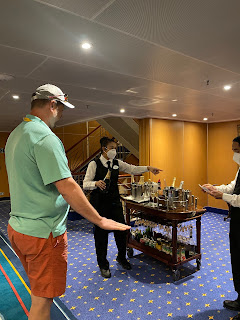 The bar cart on the ship.
/Trent 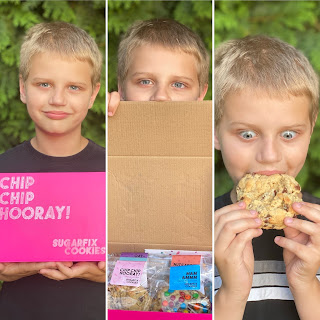